The company was founded in 2013 by Philip and Irene (a husband and wife team) but brought to life by thousands of cyclists. From those at the local club in Northern Ireland, to the many who supported the company over three successful Kickstarter campaigns in 2013, 2015 and 2017, and even invested in See.Sense in an equity crowdfunding raise on Crowdcube in 2016.
Cycling is one of the most sustainable modes of transport, yet it needs to be safer, more convenient and more enjoyable for everyone. See.Sense are working to enhance these areas so that cycling becomes the most appealing way to travel. 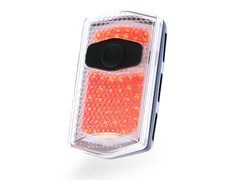