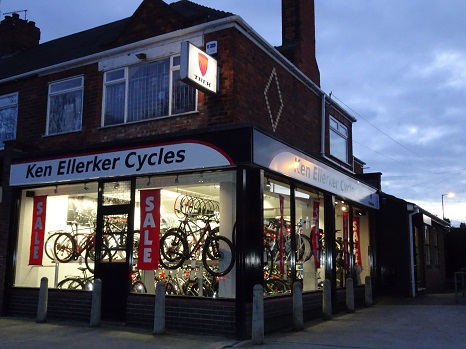 Ken Ellerker Cycles is dedicated to the excellence of service that can only be found at a real bike shop.

Established in 1954, we service the needs of Hull and East Yorkshire's cycling community. An extensive range of equipment is complemented by a wealth of knowledge and a range of services to help you gain the maximum benefit and enjoyment from cycling. We aim to be friendly and approachable, so please don't be afraid to come and seek advice.

We stock a large selection of accessories and equipment to cater for all the popular cycling disciplines - road, cross country, touring, triathlon, fitness and commuting. Our showroom houses the best brands in cycling, and a well equipped workshop takes care of all of your servicing needs.

We endeavour to stock a good range of clothing and accessories for men and women. This includes Trek's excellent range of women specific bikes, many denoted by the acronym WSD.

Please note that our website gives a good representation of our stock, though it is by no means exhaustive. If you're after a special little something, please do enquire as we have access to many more products than shown here.

If you are unable to visit us in person, or wish to reserve an item through click and collect, our website enables you to buy online. You can find information about ordering online, including delivery costs, by adding an item to the shopping basket and then finding the terms and conditions link on the shopping basket page.
Our services include:

Carried out to the highest standards. Our experienced Cytech qualified mechanics have been able to fix problems that other bike shops couldn't. All makes and models accepted. See Workshop for further details.


Suitable for all riders, Lee and Steve use the Precision Fit system to makes a thorough assessment of how you can achieve optimum comfort and performance. Unlike many bike fits Precision Fit is holistic and personalised, as it considers all aspects of the rider as well as the bike. A typical bike fit session is three hours long, so please contact us to book an appointment. See Bike Fit for more information.

Test rides / Trek Demo Centre
You are welcome to try out any bike before you buy (provided the bike is available and serviced, and subject to weather conditions).
Please note that we also have access to Trek's fleet of road and mountain demo bikes, so don't hesitate to ask there's something you would like to try.

Bike Box Hire
The Topeak Pakgo X must be the best bike box on the market. We have one available to help make your cycling holiday as hassle free as possible. Not only does the Pakgo X protect your precious bike, the clever mounting system converts into a mini workstand to ease reassembly when you arrive at your destination. See here for further details. 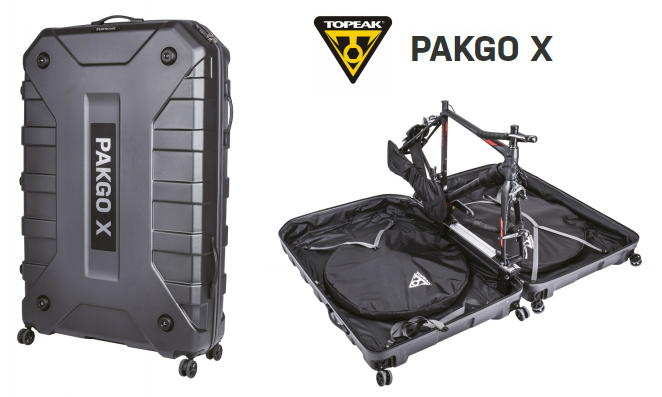 QUARQ ShockWiz Hire
Not sure if you are getting the most from your air suspension? Hire the QUARQ ShockWiz so you know exactly how your suspension is performing - and how to make it better. Available for £40 a week. See here for more information.

So where are we?

Arthur Kenneth Ellerker purchased 275-277 Chanterlands Avenue on 19th December 1953 for the sum of £1950 from Mallory's (1948) Ltd. Mallory's hardware shop was transformed and reopened as Ken Ellerker Cycles early in 1954. 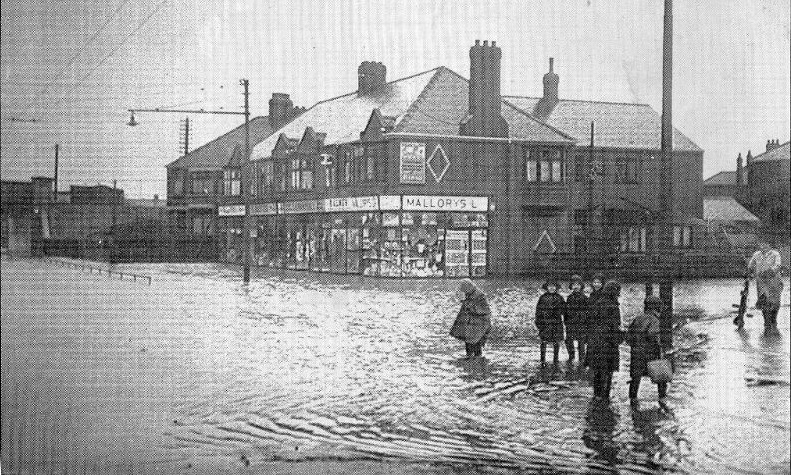 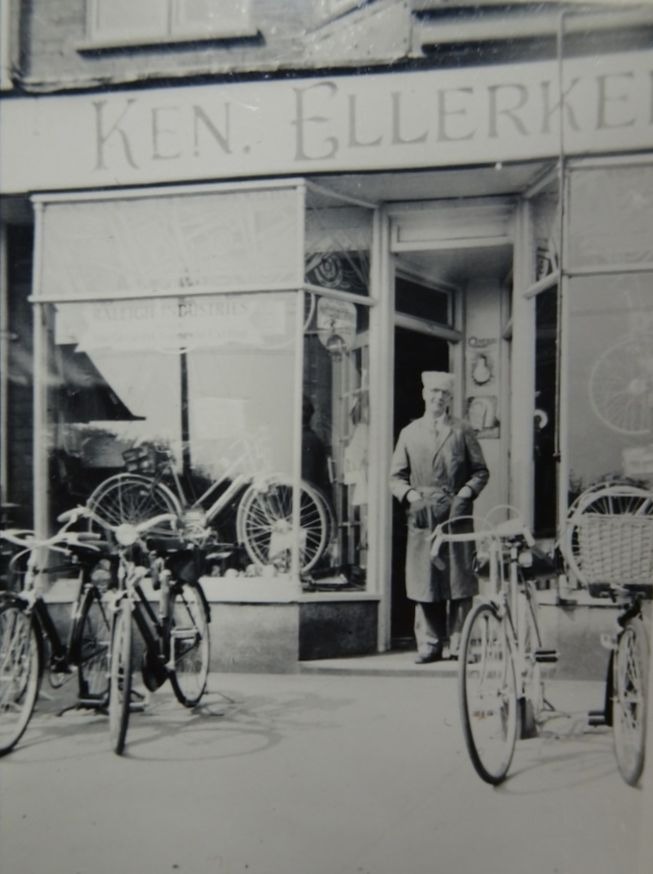 Ken Ellerker Cycles, 1956. Humber and Hercules are the brands advertised. 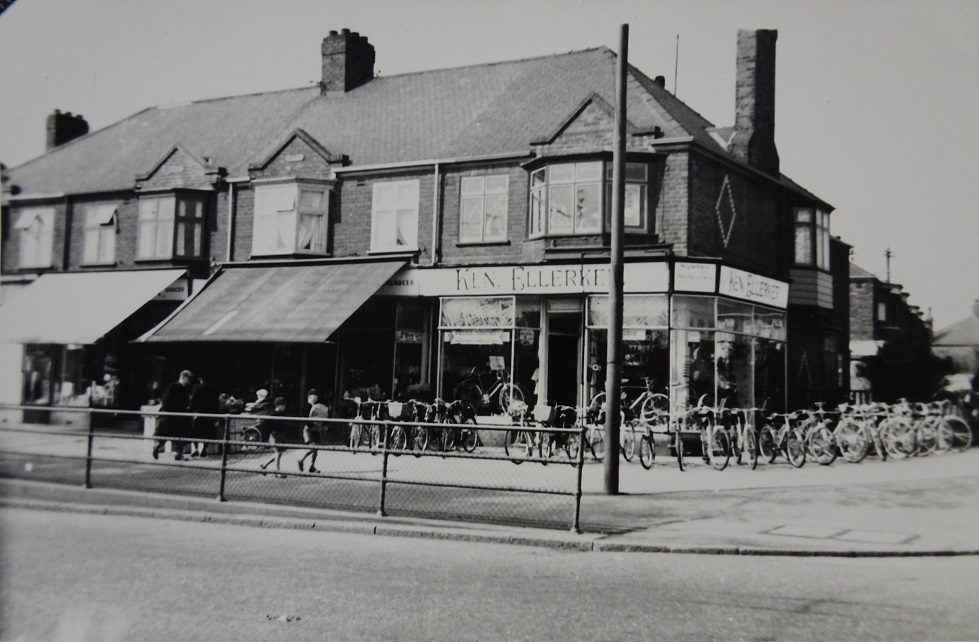 A family business, and initially also the family home, Ken's wife Muriel and son Brian helped out in the shop. With a background in motor engineering Ken quickly gained a reputation for first class repairs, servicing and wheel building, standards we strive to maintain to this day.

Ken's first sale is reputed to be two bikes to the Eastburn family who lived in neighbouring Huntley Drive. The tradition at the time, apparently, was to frame the first £1 note received by a business for display on a wall. Sadly we don't have it anymore! 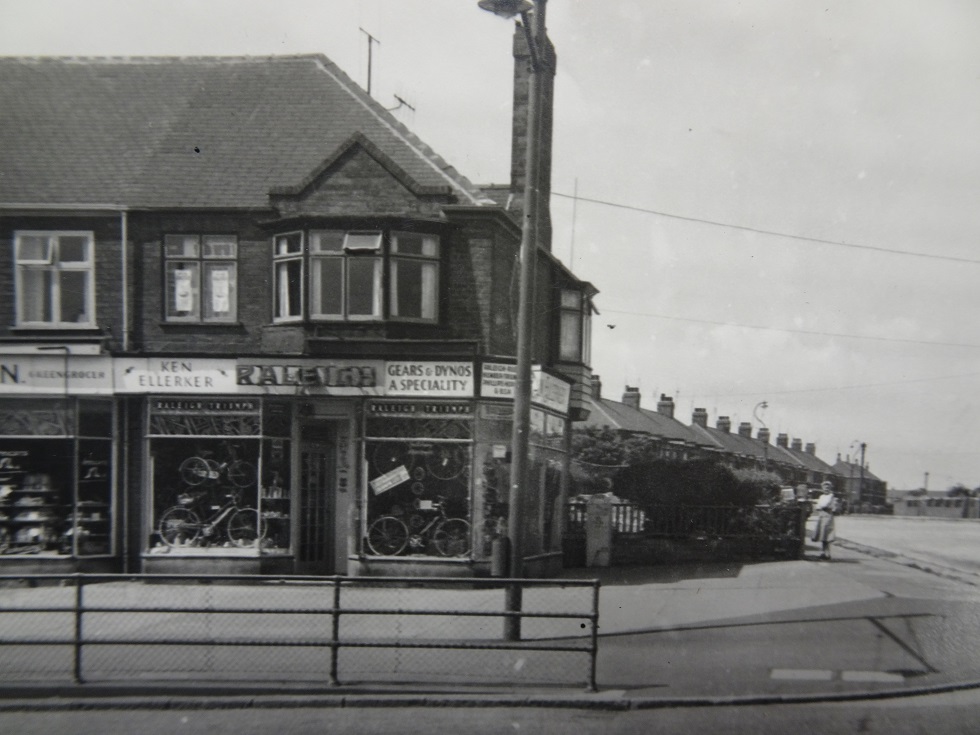 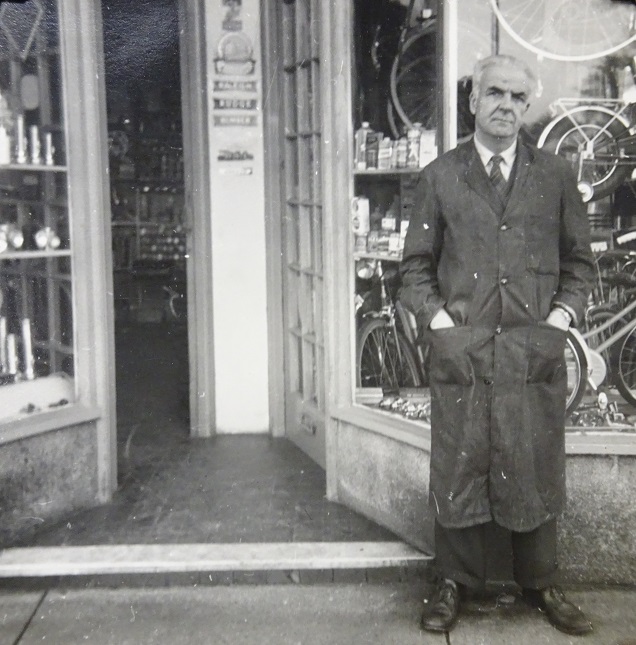 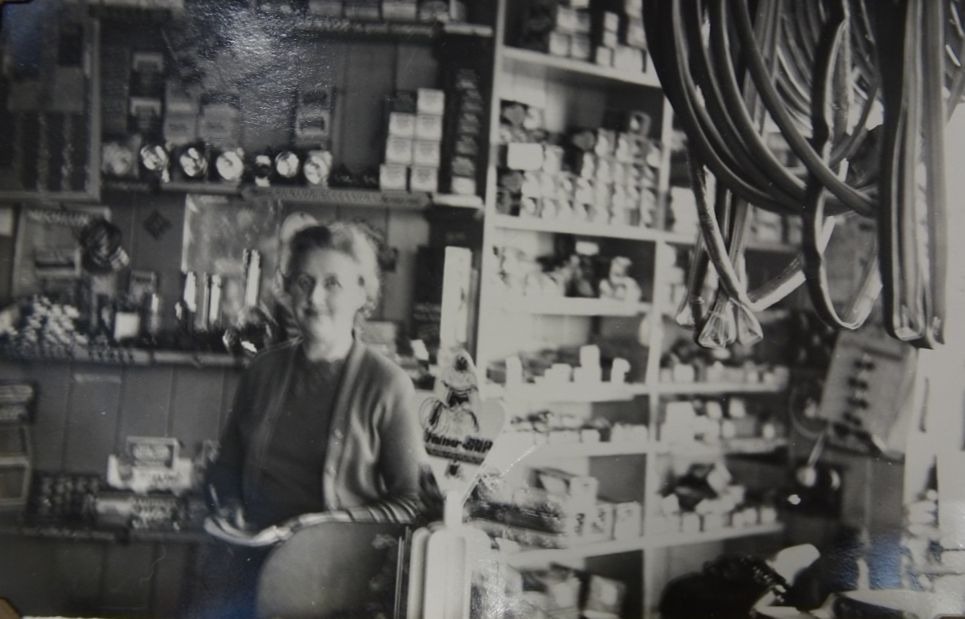 Muriel inside the shop, date unknown.

After Ken's death in 1962, the business continued to flourish under the stewardship of Muriel and subsequently Brian. With Brian now taking a lower profile in the shop, the day to day running has passed to the hands of John, the third generation Ellerker, in conjunction with staff members Lee, Steve, Dom and Ben.

Among the many members of staff to work for Ken, Muriel and Brian are Pete Dunn and Eric Brumhead. A special mention also to our erstwhile colleague Daren Smith who became part of the furniture over the course of his 30 years of service. We wish him all the best in his recovery from the stroke suffered in January 2017.

Bike brands stocked through the years have included Humber, Raleigh, Viking, Viscount and Coventry Eagle. The decline of many of these British companies was reflected by the appearance of brands such as Giant, GT, Scott, Specialized and Trek.

Ken Ellerker Cycles was one of the first retailers to showcase Trek bikes in the UK in the early 1990s. Trek's high quality, innovative bikes continue to be popular with our customers today. More recently Orbea - a company with a history even longer than our own, having been established in 1840 - and Electra bikes have been welcomed into the range.


Brian Ellerker is the owner of the business and has worked from the ripe old age of 17. His youthful looks disguise the hard work that he has dedicated to training his staff to give the best service possible, sharing his experience and teaching us all there is to know about cycling.

Lee Smith has a long history in cycling. He can be found touring Yorkshire's country lanes on his cross bike, or pounding up and down the hills on his mountain bike, both with a smile on his face and joy in his heart! Lee has a deep passion for all things cycling. Proof of this comes from his vast bicycle collection (pretty much all in matte black!). Bordering on "geek" status, he has an extensive knowledge whether it be mountain, road or cross or even eBikes, and has worked in the industry for over twenty five years. Achieving Cytech Level 2 mechanics, and a trained Precision Fit bike fitter and Bosch eBike Technician, has further extended Lee's knowledge and ability in all things biking.

Steve Kilgour benefits from his experience in engineering, and is our go-to guy for mechanical problem solving. He's a very keen cyclist, finding time away from his busy family life for cross and road riding. He is one of our expert mechanics, is qualified as a Shimano Service Technician, Bosch eBike Technician and has reached PhD level at Trek University. Steve has also completed Precision Fit Level 1, so now also has expertise in bike fitting.

John Ellerker is the son of the boss and therefore the only one who can attempt to tell his dad what to do! He has a number of thankless tasks, including admin and keeping the website updated! As for his cycling experience, there isn't anywhere this boy goes without a bike, be it to Sainsbury's for the Sunday roast or scaling the dizzy heights of the Col du Tourmalet.

Ben Petterson joined us from the charity R-evolution, and is our hard working mechanic. Like Lee he is lucky enough to own a number of bikes, including BMX, jump, single speed and MTB, that enable him to pursue his love of all things cycling.

Jules Wood began his career in the cycling industry with us as Saturday lad a few years ago. While studying at university in London he gained further experience of cycle sales with two of the major retailers. After graduating he became deputy manager at one of these London stores, but the call of home brought him back north. With his knowledge and experience of multiple cycling brands, Jules is now our lead sales.